Day is followed by night - that has always been the case! And darkness is important for the biorhythms of all living things. But what happens when the night is artificially illuminated by human light sources? Your light expert will explain more about the causes and precarious consequences of light pollution. 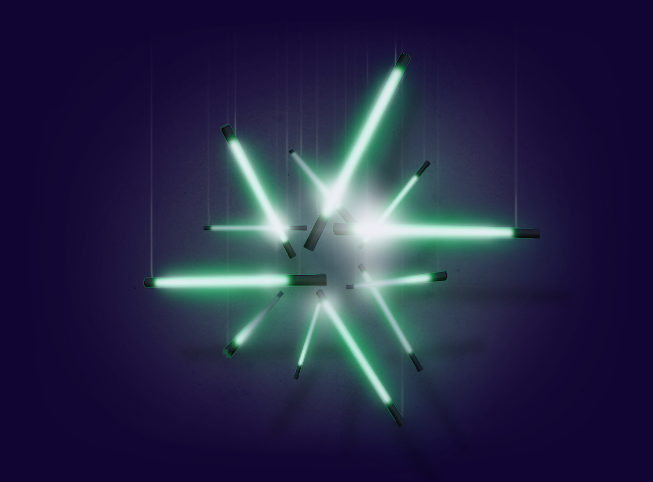 What exactly is light pollution?

Light pollution or light smog does not, of course, refer to the pollution of light per se.
Rather, it refers to the brightening of the night sky by anthropogenic light sources. These scatter their light into the atmosphere. As a result, the night is no longer completely dark.

In urban areas and cities, this phenomenon is called a light bell. Under this it is hardly possible to see the starry sky with the naked eye. And even from above, from the universe, these bells of light are clearly visible.

The reason for the emergence of light smog is, by and large, globalization and industrialization.

Constantly growing cities, huge corporate complexes, airports or imposing greenhouses ensure that there is brightness in the sky even at night and these light emissions increase every year.

In addition, there is the technical change. It is true that LEDs are a real advance and ensure environmentally friendly operation with their efficiency and longevity.
But due to their excellent photometric data, it is possible to achieve an illuminance of several thousand lux with them. For comparison: the moon reaches an illuminance of about 0.2 lux on a clear night.

The fact that the natural rhythm is disturbed by a lack of darkness at night has different effects on a wide variety of organisms and ecosystems. Basically, almost all living structures react to the "light - dark" cycle.

For the plant world, light pollution means a disturbed growth cycle. Furthermore, fauna suffers enormously from the fact that light smog has a negative effect on insects. Nocturnal pollinators such as moths no longer perform their task. In addition, countless insects fall victim to the numerous street lamps or light sources used for commercial lighting. Massive insect mortality means that plants are also unable to reproduce.

In addition to plants and insects, countless other animal species suffer the consequences of light pollution. Migratory birds, for example, are disturbed in their orientation and stray from their usual path. This can lead to death through exhaustion. Birds are also attracted by brightly lit buildings or skyscrapers, with which they then collide and die (towerkill).

Artificial light is also a tremendous stressor for fish. Light barriers created by bridges or the like prevent the absolutely necessary spawning migrations of certain species.

The offspring of sea turtles often mistake brightly lit coastal regions for the reflective surface of the sea, making them easy prey.

More than 60 percent of all living creatures are nocturnal. This includes animals such as bats, owls and foxes. Light smog leads to massive behavioral changes and dangerous shifts in hunter-prey relationships.

Humans also experience biological consequences of light pollution. Disturbed sleep rhythms have been shown to have a negative impact on health. This includes an unbalanced hormone balance, obesity or an increased risk of cancer.

Light pollution also has negative consequences for our socioculture. Lighting that is available at any time and the absolute temporal flexibility that comes with it can have previously unimagined effects on us humans. In addition, nocturnal natural phenomena such as the universe with its stars, constellations, the Milky Way and the planets are noticeably receding into the background and losing relevance. This is not only a problem from the perspective of human history. Research such as astronomical astronomy also suffers from the artificial brightening of our atmosphere.

Where is light pollution?

Urban areas such as cities or industrial parks produce the most light pollution. Greenhouses and airports also produce so much light that they can be seen even from outer space.

But where is it still dark at all? Finding areas that are still really dark doesn't seem so easy, according to scientist Fabio Falchi. In "The new world atlas of artificial night sky brightness" he concludes that 83 percent of the world's population and even 99 percent of American and European people have to contend with light-polluted nights.

An overview of particularly dark or light-polluted places is provided by various maps, such as the Darksitefinder or the Lightpollutionmap, which has been documenting the development of the effects of artificial lighting for several years.) 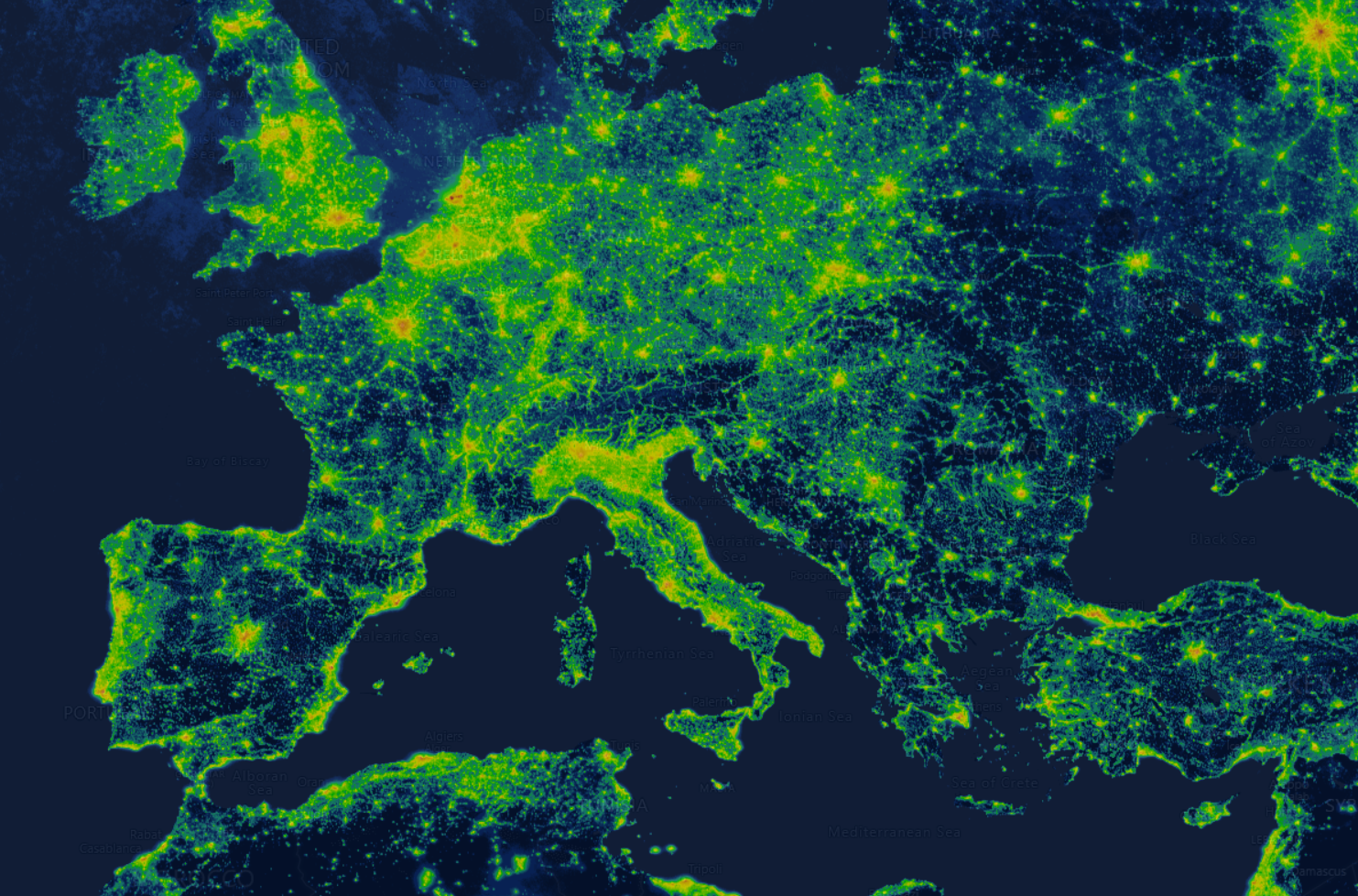 What we can do against light pollution

There are some measures that can be taken to help keep light pollution to a minimum.

The most obvious way is to simply turn off light sources that are not needed. This applies to commercial applications as well as residential lighting designs. Luminous signs are noticed by fewer people at night anyway. Private individuals should switch off their outdoor and garden lighting as soon as it is not in use. In addition, care should be taken to use artificial light with the lowest possible luminous intensity.

To ensure that your outdoor lighting is only on when it is needed, it is worth considering installing motion detectors. This way, unused lighting cannot be forgotten in the first place. This way you protect the environment and maximize safety, comfort and energy efficiency of your applications.

Furthermore, the choice of luminaire design plays a decisive role in reducing light pollution. As far as possible, luminaires with light emission directed all around or upwards should be avoided. Instead, light should be projected specifically where it is needed. This minimizes the amount of light that escapes into the atmosphere. Outdoor wall luminaires with adjustable light emission are particularly recommended. For pathway lighting, bollard luminaires are recommended that emit light downwards.

Choosing the right light color also helps reduce problems associated with light smog. Neutral and cool white light are most similar to daylight. As a result, they appear brighter. In addition, flora and fauna respond most strongly to these daylight-like conditions, or increased blue content in the light. That's why you should choose warm white light sources as much as possible for your outdoor lighting. 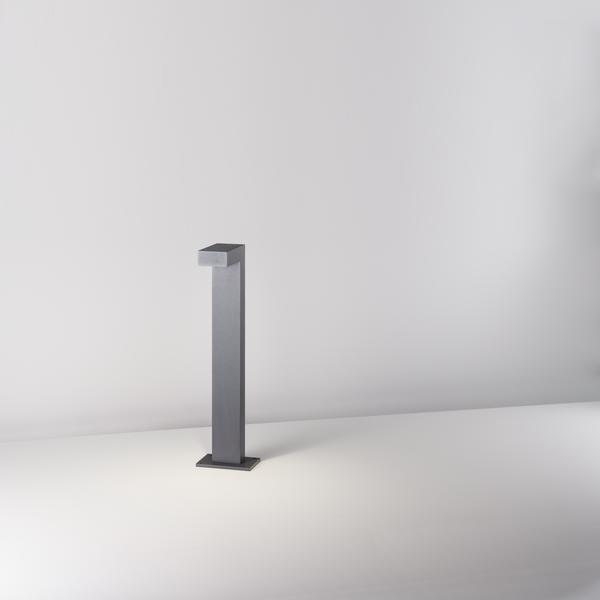 For certain applications, for example street lighting, there are standardized minimum requirements. However, uniform maximum values have not yet been requested for such and similar types of outdoor lighting in Germany.

Only Bavaria responds to the consequences of light immission in order to optimize the protection of insects and birds.

Accordingly, sky lights, for example, are prohibited and the illumination of facades is prohibited after 11 p.m. (unless the lamps serve security purposes). In addition, all lighting in the direct vicinity of nature reserves or biotopes must be approved by the authorities.

Discover with us your optimal garden lighting.
Our lighting experts will explain everything from how to install the power supply to how to create stylish and safe outdoor lighting.

If you have any questions or suggestions, you can always contact the lighting experts!