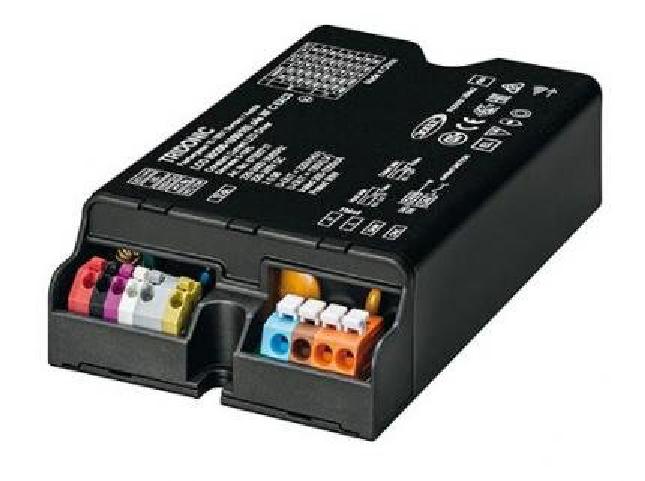 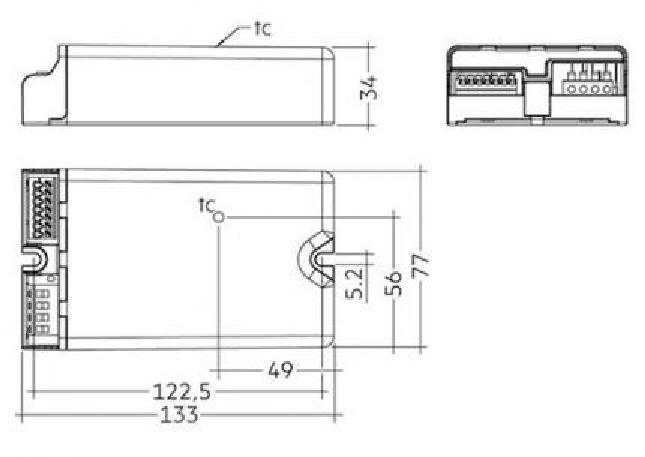 The dimmable DALI constant current LED driver LCO 90 / 200-1050 / 165 o4a NF C EXC3 from the Excite NFC Outdoor range by Tridonic is suitable for installation in luminaires of protection class I and II. It has a nominal output of 90 watts. The output current can be set between 200 and 1050 mA via NFC, DALI or ready2mains programmer.

The LED ECG has an efficiency of up to 92.5%, in addition, the power consumption in stand-by below 0.16 watts - so you save energy! The application-oriented operating window ensures maximum compatibility. Ideally, the LED driver can be used, for example, on roads and in industry. It is also suitable for emergency lighting systems according to EN50172.

The LED driver has a total of 4 interfaces that allow flexible configuration: near field communication (NFC), one4all (DALI-2 DT6, DSI, switchDIM, corridorFUNCTION), ready2mains and U6Me2. There are also 45 ° and 0 ° push-in terminals. It has a programmable chronoSTEP function for time and levels (NFC, DALI, U6Me2, ready2mains) and an advanced Constant Light Output function (eCLO). In addition, a configurable external temperature management (ETM), an Intelligent Temperature Guard (ITG) and an Intelligent Voltage Guard Plus (IVG +) are integrated. Dimming via the mains voltage is also possible (inputDIM).

The Tridonic LED ECG is protected against overtemperature, short circuit, overload and no load. In addition, it has protection at the input voltage range, reduced surge amplification and high overvoltage protection: up to 10 kV asymmetric. The nominal life of the LED driver is 100,000 hours. Tridonic offers a warranty of 8 years.